In the world of social media

Over recent weeks, we’ve taken that step to be more visible out there in the online world and get the message out there about Good Samaritan Beius.

“Run for a Cause” scholarships distributed

In its 7th edition, the relay "Run for a Cause" has become a tradition and this year has generated the resources for 16 merit based and social scholarships with each having a value of 1200 lei. 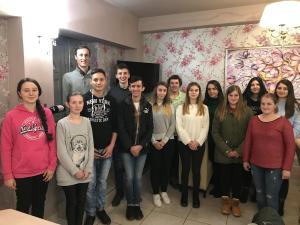 As such, on Thursday 14th February, 16 students from the ‘Samuil Vulcan’ National College in Beius, received the first two instalments worth 800 lei and in April they will receive the last instalment of 400 lei. These hardworking students all have average marks of at least 9/10 during the previous school year and their families have modest incomes.

“First of all, this scholarship encourages me to learn even more. It helps with the costs of books and transport. Thank you to all the donors and volunteers runners, and although at first sight it may not seem to be of great help, be sure that these scholarships help us a great deal, as no one else encourages us.” said Ioana Budău, one of the scholarship students in the 11th grade. Together with Ioana, a further 15 students received scholarships: Maria Culda, Mircea Hartmann, Andreea Culda, Johanna Boros, Darius Bîte, Paula Flonta, Georgiana Tuleu, Florina Jude, Daniel Pojoca, Ioana Galea, Daiana Jurca, Alexandru Ile, George Mihoc, Emanuela Sferle and Adriana Isoc

During the relay, Remus Sime, the founder of the project, noted with satisfaction that the number of volunteers from Beiuş had grown significantly. He ran some of the stages of this 7th Edition relay from Timișoara la Beiuș.  A special runner was Mihaela Ilieş, the director of the school, a sign of the institutional value of the scholarship program.

The joy of giving

Christmas charity show, prepared by Prof. Gabriela Vescan, at the National College "Samuil Vulcan" for the benefit of children less fortunate. The show called "The joy of giving", took place on the 19th December. To gie donations please contact Good Samaritan, Prof. Gabriela Vescan or the children from the choir or dance club for details. Congratulations to all those who participated!

Among the children in institutions, foster care and the ones coming from low-income families there are some with exquisite talents. We are seeking to support these special children who happened to live in not such happy conditions and help them achieve their potential in life. 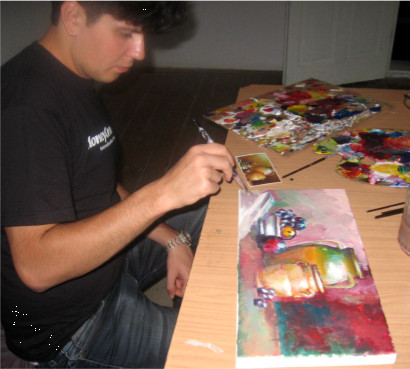 One of the supported by us young people is Emanuel. He had numerous rewards and achievements even while at high school and entered the Arts University with the highest exam results. We have helped him obtain university degree paying for his university entry exams costs (painting materials as well as covering some life costs like food, clothes, etc.); for his annual fees, rent, food, etc. He is now trying to make a living out of his talent in arts. You can support him further by donating or buying some of his art contacting us at info@goodsamaritan.ro.

Regularly we meet teenagers who need not only financial support but also guidance in choosing the right university and developing their potential. These young people many times have sick parents who are not able to work and sustain them while their children are transitioning from school to university and then into life. For details on sponsorships please contact us via email. 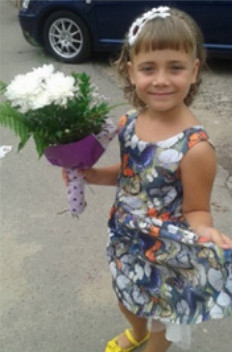 Andreea Toma is a blond sweet child full of life and hope. Unfortunately at the age of 3 she was diagnosed with lymphoblast acute leukemia. She had also suffered a brain tumor surgery and later had undergone chemotherapy. Her parents went through a real tragedy finding out the child was sick. Both had low income while the treatment was urgent and costly (1600 euro/month). The mother who grew up in an orphanage and the father, a factory worker, gathered all the courage they had and started fighting for the life of their little angel soliciting the support of the Beius community. Good Samaritan came along to offer support in the fundraising process and with the help of many local volunteers had succeeded to fundraise all the funds needed for the 2 years treatment as well as to cover some of the daily family needs.

Desktop Version
Cookies make it easier for us to provide you with our services. With the usage of our services you permit us to use cookies.
More information Ok Decline