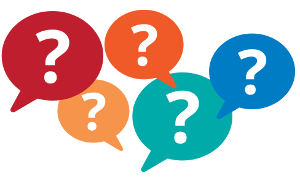 Listed below are responses to the most frequently asked questions. Should you have any further questions, please don't hesitate to contact us.

Why are there so many orphans in Romania?

Until 1989 Romania was a communist country ruled by the dictator Nicolae Ceausescu and the Romanian Communist Party. During his rule Ceausescu imposed harsh economic restrictions on us as Romanians causing poverty among many and massive restrictions on food. This fact, coupled with the poor spiritual condition and lack of community care in Romania, made abandoning one's children to the state-run orphanage system an easy solution for broken families. Sometimes the state proactively took children and institutionalized them. Under communism, abortions were outlawed. Ceausescu wanted large families in order to have a large work-force to produce goods for the mother land. Abortion is permitted since 1990 and now, that communism has fallen over 23 years ago, Romania went to another extreme with being first in the E.U. and 6th in the world regarding abortions per capita!

Another aspect of the problem of child abandonment in Romania is the Roma (or Gypsy) community. In the Roma culture girls marry at a young age. Because they begin early and because Roma girls are usually not sent to school often at all, some have as many as fifteen pregnancies over their lifespan! Not having possibilities to earn their bread (women do not work while men are undereducated and with less job opportunities), many beg or steal to survive. Many of the children are sick or die at a young age; others are abandoned at birth. Because of the poverty of most Gypsy families, they are incapable of caring for so many children and so, child abandonment and abortion are easy solutions. Around eighty percent of abandoned children in Romania are of Roma ethnicity.

Actually, many of the abandoned children in Romania are not orphans, they have parents. But their parents have decided to abandon them due to different reasons and thus have rejected them. Orphans, as well as any disadvantaged or disabled people are looked down upon and are not helped like they are helped in America or western European countries. Partially this is occurring because good practices to address these issues are still to be modeled in many places, and on the other hand, due to the unwillingness, fear or lack of knowledge to approach and accept the one who is different than them.

One of the most damaging things was that orphans in the big institutions grew up without role models or mentors or whatever supporting system. They went through their childhood unloved, unwanted and with few or no bond relationships. They were psychologically, emotionally, and physically abused. These children were taught little about life skills and then, when they finished school around eighteen years of age, (most would not know how to fill in a paper) they were forced to leave the orphanages.

Today, 24 years after the communism collapsed, the government still offers them very little help when they exit the institution. Unless people like you step in and help them, many would become outcasts of society. Almost none are capable of making it on their own. Having been taught nothing about money, a work ethic, how to find a job or a place to live, paying bills, manners or even simple hygiene, many cannot fend for themselves and become jobless and homeless. They beg and steal for food, become addicted to drugs and, worst of all, are lured into the underground world of prostitution and human trafficking.

Click here http://news.bbc.co.uk/2/hi/europe/4629589.stm to read an article on the BBC or read in Wikipedia about the issue of the Romanian orphans http://en.wikipedia.org/wiki/Romanian_orphans

Where do the orphans come from?

Primarily the youth we assist come from the state orphanage in Beius, Northwest Romania. Good Samaritan has also assisted youth from orphanages in Oradea or Popesti (Bihor County). Oradea is the county seat situated at 60 kilometers from Beius.

How many youngsters has Good Samaritan helped already?

We have helped already more than 200 young people and their children. Because of the hard one-on-one work that needs to be done with orphans, we are focusing not on the numbers but on the quality of the relationship with them.  So we may never see huge numbers of orphans enrolling in our programs. We accept this is part of the success principles and we desire to work closely with the ones who God puts on our path, who are willing to accept the great endeavor and change their thinking and life-style no matter what it takes, putting behind the past. We work one-to-one, mentoring them intensely, teaching them how to get out of risky situations, building a new personality in them.

What is the average age of the youth in the program?

The average age of the youth is 25 years.

What are the biggest barriers for youth who has been in orphanages from being successful?

The barriers to success are many, including lack of family and support systems; communities and businesses that are often wary of accepting and hiring orphans; mental disabilities or behavior issues and limited skills for interacting with other people, particularly in work situations. Moreover, many of the orphans in Good Samaritan come from gypsy families and encounter much prejudice when they try to integrate into society.

What is the education level of the youth?

Most often the youth from the orphanages complete eight grades (elementary school) plus one and a half years of vocational school which aims supposedly to skill them as a painter, carpenter, electrician, etc. Very few are able to study in college or university. The majority of orphans know how to read, but few are able to do basic multiplying. On average, orphans from the state orphanage have an IQ between 70 and 90.

What kinds of jobs do the youth get after leaving the program?

Youth who leave the Good Samaritan programs usually find jobs at the local factories or companies such as construction or sewing companies, shoe/clothing manufacturers, carpentry shops, stores, etc. A few travel overseas for work once they get a little job experience in country.

What can I do to help?

There are a number of ways you can help the Romanian orphans to have a better chance in life, including financial assistance for improving or expanding the current programs, sponsoring a youngster for a year, volunteering or simply praying for the youth and spreading the word about their needs.